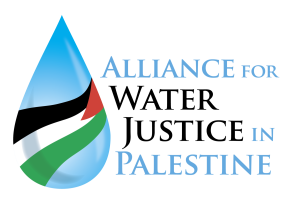 Endorsement from the Alliance for Water Justice in Palestine:

“Members of the Alliance for Water Justice in Palestine recognize that as Massachusetts residents we occupy the land of over three major Indigenous Nations: the Wampanoag, including the Nauset, Nantucket, Pennacook, Pokanoket, Pocasset and Chappaquidick bands of the East, the Mohegan, including the Nipmuc and Pequot of the central portion of the “Commonwealth” and the Mahican, including the Pocumtuc bands of the West. Although their names are used all over our state, we rarely acknowledge what settlers did here to remove them from their homelands. We make a link to the Israeli occupation of Palestine and see the same brutal and relentless drive to remove all traces of Palestinians from their hills, farmlands and villages.

We who are not first nation must not only learn what settlers did but must also take responsibility for the ongoing impact of those actions on first nation communities now. It is time that the City of Boston and the Commonwealth of Massachusetts stop celebrating 500 years of genocidal occupation on Columbus Day. It is long past time to rename it Indigenous Peoples Day, and start learning about and honoring the Nations that we are blessed to still have our state. Hopefully the annual celebration of Indigenous Peoples Day will inspire more of us to become engaged in supporting the ongoing struggles of indigenous peoples in Boston and beyond.” 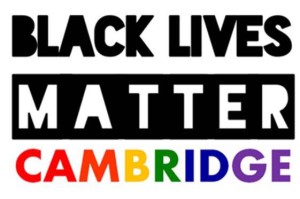 “For many of us, this land is not our land. It is the land of Indigenous people. That is why we call upon people everywhere to celebrate the lives of Indigenous people not only on Indigenous Peoples Day, but every day. We understand that although our struggles may be different, they are rooted in the same racist and oppressive system. Thus, we must stand with each other, fight in solidarity, and celebrate our histories because that is how we win.”

Endorsement from the Brazilian Women’s Group:

“To support this proposal just feels natural. The land belonged to indigenous people. It was stolen by force. The arrival of Colombo and his followers opened up the door to diseases, crimes, killings, destruction, profiling and discrimination, and ultimately the eradication of the people who lived in the Americas. History has to be rewritten to tell the true story of what happened in the Americans in the centuries to come.”

“JVP-Boston members are inspired by Jewish tradition to support human rights, equality, and self-determination for all people, specifically Palestinians and Israelis. As we fight Israeli occupation and apartheid, it’s impossible to deny the parallels with European colonialism in North America. We support the struggles of indigenous people from here to Palestine.”

Endorsement from Resist the Pipeline:

“By creating a holiday honoring Columbus, we enshrine the value of “might makes right” and glorify the annihilation of indigenous people. The story of pipelines is also a story of profits and violence over people. In North Dakota, Native peoples are reasserting their right to water, sacred burial sites and sovereignty against an oil pipeline and campaign of violence. In West Roxbury, Resistthepipeline has stood with the community and every elected official to say no to a dangerous, unneeded and reckless pipeline being built across from an active blasting quarry. Our support for the effort to rename Columbus Day Indigenous Peoples Day is based in our work to restore environmental justice, to put people before profits, and to build on the US traditions of nonviolence and community.” 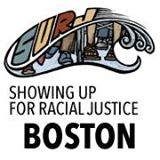 Endorsement from Showing Up for Racial Justice Boston:

“The Boston Chapter of Showing Up for Racial Justice (SURJ) focuses on organizing white people to take action for racial justice, and proudly urges the Boston City Council to change “Columbus Day” to Indigenous Peoples Day.”